Rob Valli has amassed 30 years of experience educating students and coaching baseball. He has instructed New Jersey public school students in every grade from kindergarten through college and worked at every level of baseball from youth to Major League Baseball.

Coach Valli is in his 23rd season of collegiate baseball with 18 years of experience as head coach; 6 at NCAA Division 1 Temple University and 13 at NJCAA Rowan College at Gloucester County. That span includes an impressive 600+ wins, averaging 35 wins per season, 11 of 12 trips to the NJCAA World Series, and 1 NJCAA National Championship.

Regarded among the finest player development experts in college baseball; 30 of his players have been named All American, 69 advanced to professional baseball, including 7 major leaguers. Currently, the vast majority of his junior college players receive high value baseball scholarships at prominent universities. In 2019; 7 players began their professional baseball careers.

As a Major League Baseball Scout for 9 years; Valli served five with the Colorado Rockies and four with the Miami Marlins. Working primarily in the Northeast; his role was to identify and evaluate top high school and college prospects being considered for the amateur draft. Additional responsibilities included; evaluating minor league players in opposing organizations and administering personality evaluations to top prospects.

In his role as educator; Professor Valli has always been a popular mentor to students. He has been awarded the distinction of tenure at each academic post; South Brunswick Public Schools, Cherry Hill Public Schools, and Rowan College at Gloucester County.

Sara has served as a teacher and Learning Disability Teacher – Consultant in the Cherry Hill Public School District since 2004. As a teacher; she is an expert in meeting the New Jersey and Common Core Curriculum Standards. As LDT-C; Sara utilizes various evaluation techniques and assessment tools to identify and interpret data required to develop a student Individualize Education Plan (IEP). As a valuable member of the Intervention & Referral Service Committee (I&RS) she collaborates with parents, teachers, and child study team members to establish goals, interventions, and strategies to support student success.

Sara and Rob married in 2014 and live in Voorhees, NJ with their two children; Sophia 6 and Alex 4. 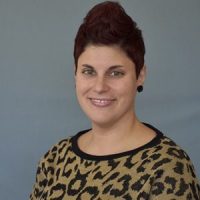 Desiree’ Caldwell is an Assistant Professor in the Master Teacher program at Gwynedd Mercy University. She is also a dissertation advisor for doctoral students.

With a background in elementary education, her teaching experience spans 15 years and includes a variety of grade levels in both elementary and middle school settings. Her primary focus at the middle school level was English Language Arts.

Brooks is an Assistant Coach at NCAA I- University of Pennsylvania. He works primarily with the hitters, infielders, and outfielders. Prior to Penn he was the top assistant at Penn State University – Abington.

Joe was team captain at Gloucester Catholic HS where he led his teams to 3 consecutive NJ State Championships. After high school, Brooks signed to play at East Carolina University before returning home to finish his student-athlete career at Rutgers-Camden.

Petrowski is the Pitching Coach at his alma mater, NCAA I – Rider University.

Mike played professional baseball for the New Jersey Jackals, Brockton Rox and Newark Bears. Collegiately, he starred at Rider where he led his team to a MAAC Championship in 2008.

Coach Petrowski is known for his passion for baseball and recognized as one of the top young D1 coaches in our region.

Rollins is the Pitching Coach at his alma mater, national powerhouse Rowan College at Gloucester County. In 2019, two of his pitchers were selected in the MLB Draft; Matt Stil, KC Royals and Nick Yoder, Texas Rangers.

Chris was selected in the 2005 MLB Draft by the Chicago Cubs. He spent 5 years playing professional baseball with stops along the way with the San Diego Padres and Camden Riversharks. 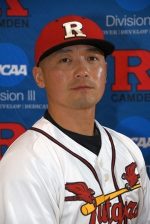 Lee is the owner of Athletic Republic and the Escape Movement Center, based in Mount Laurel.

Christian brings a wealth of baseball specific training experience to our athletes. In addition to operating the top sport performance training program in South Jersey, he is an Assistant Baseball Coach at Rutgers University at Camden. Previously, Lee coached at Rowan University and Shawnee HS.

Lee enjoyed a fine playing career at NCAA I powerhouse St. John’s University before transferring home to complete his career at Rowan University. He was named the Burlington County Player of the Year as a senior at Cherokee HS and served as the Rowan University team captain. 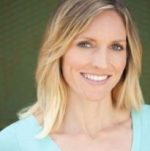 Andie is a skilled and well-rounded professional who holds the highest levels of certifications in nutrition, strength performance, and wellness. She has zeal and expertise working with adolescents.

A life-long athlete, Andie enjoys motivating and inspiring others. Andie will teach our boys to recognize nutrition as a critical element in their academic and athletic performance through mindfulness training and behavioral techniques to improve wellness.

At home, she is passionate about raising her two small children and spending time with her family outdoors.

Keith founded Optimal Performance Associates in 1997 and has been actively involved in a wide variety of public and private organizations focusing on interpersonal practice, teambuilding, and sport psychology. He has been a popular speaker for many collegiate and high school athletic programs and conferences. Keith has been an approved NCAA speaker and has facilitated workshops for the NCAA focusing on leadership, team-building, and sport psychology. His passion, commitment, educational and professional experience have enabled Keith to make a tremendous impact on many athletic, educational, and corporate teams.